Kim and I have recently moved from Chiswick to Henlow in Bedfordshire.  To say it is a massive move is an understatement; both of us have been in London for around 20 years, so moving to the countryside is a big change.  While I grew up in the countryside, Kim lived in Johannesburg, so the change is something she has not experienced before.

The move has been a physical and mental challenge; there were times of joy and periods of immense stress, but in general the move has been the best thing we have ever done.

We were in a 1 bedroom flat and now have a three bedroom house with a garden!  Just having space is incredible; for the first time in a long time I feel as though I can actually breathe. 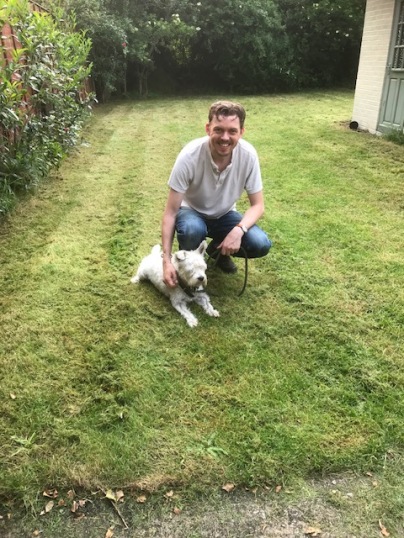 I started packing shortly after we gave notice on the flat; the idea was to give myself plenty of time to get things sorted and packed.

When you move house you suddenly realise how much stuff you have, and despite clearing out a lot of things we still had over 60 boxes and plenty of furniture (60% of the boxes were filled with books and DVD’s….).  We have filled the new house nicely and I still have no idea how everything fitted in a small flat.

The main thing I was worried about with the move was my mental health.  The run up had been stressful; worrying that we would not find a nice place, then stressing about the referencing…. all of these things felt so out of my control.

Physically I did well; on the weekend we moved, Kim and I did the first van load which was mainly boxes and other smaller items; because Kim has RSI I did all of the heavy lifting which was fine.  On the Saturday we were joined by the Saunders family (we call them our tribe), and they were amazing, helping to load and unload the furniture and heavier items.

Everything seemed to be going fine mentally; that was until last week.

I think that I was so focused on the move that I did not really think about being anxious, or I just ignored it and pushed through.  Last week it is safe to say that my anxiety and depression caught up with me big time.

Last Thursday night I had a meltdown while trying to cook dinner; the smoke alarm went off, Leo started howling the place down and my idea for bangers and mash with Yorkshire puddings seemed like such a stupid idea (gave myself a good couple of whacks with the baseball bat of self blame).

Friday morning was no better; we had put a baby gate at the top of the stairs in order to try and limit where Leo could go; initially I put it in wrong, so on Friday morning I set about turning it the right way….

The bloody thing would not do what I wanted it to so I ended up getting stressed and panicked that I couldn’t even put a baby gate up properly (whack, whack with the bat…).  Kim took the gate away and I just sat at the top of the stairs, unable to move and utterly miserable.

Finally I got up and went to bed, where I stayed for the rest of the day, until around 3pm when I managed to get up.

Since then I have battled with the anxious feelings, even putting up the washing line outside is too big a deal at the moment.

It is not that there are problems with the house or where we have moved too; it is the total opposite.  The house is perfect, the village lovely, the neighbours’ friendly and the walking is fantastic, it is everything and more that Kim and I visualised.  So what was the problem? 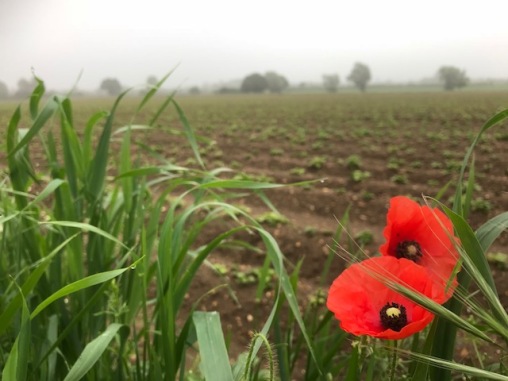 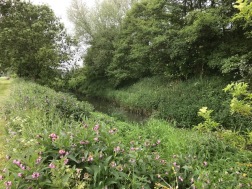 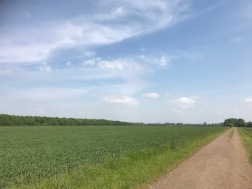 A big part of me feels overwhelmed by where we are.  Three months ago I would have told you I would not have been able to move, and there would be no way we could afford it, but one way or another we have done it.

Manifestation has been a big part of the move.  We will explore more about manifesting what you want in future blogs, but for now I will say that it worked amazingly well, almost too well to be believed.

I spoke to Donna, my therapist, about it because I could not get my head around why I was feeling anxious and down about something that was in essence positive.  She told me that manifesting can be a very powerful thing, and when it happens it can be quite unsettling to realise that there is something else out there helping and guiding us (God, the universe, angels, who knows what it is.).

I have a lot of fear that things will go wrong, and that is where the unsettled feeling comes from; I feel anxious that we will lose the house (we are renting but have it for at least a year minimum) and I want to grab hold of it and not let it go.  I also felt that I needed to get everything sorted in the house and garden as quickly as possible (me and time pressures again).

Donna gave me an exercise to do to try and help clear the old fears and open my heart to the new beginning (I’ll share this in more detail later) which is really important because the move is a new beginning; it has made me realise that anything is possible, and the limitations I face are created by my own fear of failure.

I think this experience goes to prove that pushing through is not the answer to fixing mental health problems; you always need to take time to assess your emotions, and deal with them.  You can try and block them out, but they will always be there, lurking in the shadows waiting to strike.

Avoiding change is also not the answer, I am so happy we made the move, and part of me knows that the change is a positive one, I just need to deal with the demons of the past, focus on the now and look forward to a new adventure.