Dr Karl Albrecht (listed in the top 100 thought leaders in American business) believes that there are ONLY five types of fear:

All of us will feel fear at one time or another and generally be able to deal with it.  Most problems occur when we hide our emotions because of a fear of admitting our fears and the possible consequences of admitting them to others.

The fight or flight response is our body’s built in way of dealing with fear (remember our caveman instincts and avoiding the sabre toothed tiger?), but what happens when we fear or block the response and actions that our body naturally wants us to take?

The fear builds up we panic and become anxious.

Let’s say that you have too much work to do and not enough time (we’ve all been there) and your manager is putting pressure on you to get everything done, and is constantly on your back……

The prehistoric you would either run away or attack the manager, but fear blocks this basic reaction because we know there will be consequences, some severe.

Run away…. you have to go back, so you are walking back into the same situation, plus you will be worried about what people, including your manager will think of you; will it affect your promotion prospects, or are people laughing at you behind your back?????

If you attacked your manager…. the consequences are much greater, you would most likely be fired, and possibly face legal proceedings.  What would others think?  There may be some colleagues cheering you on as you attack but will they think you have flipped, lost the plot, someone to be avoided?

As the fear builds then it can reach a level where we cannot cope with it anymore, and that is when we panic and experience serious levels of anxiety.

As I have experienced, the anxiety leads to depression, and that is when our fears start manifesting themselves (or so they seem to in your head).  This is where my baseball bat of self blame and worthlessness comes out and I give myself a good thrashing with it until I am suitably depressed.

Let me give you an example; Kim and I were going to have a braai (BBQ) last weekend; friends had bought us a new Weber charcoal braai as a moving in present. I thought that there would be no problems in lighting it, I’ve lit braais many times before, and it’s simple….. right?

Ohhh no….  No matter what I tried the coals would not light and after an hour of nothing happening, I decided that it was because I was useless, worthless, and a waste of space.  “Most people burn the food, I can’t even burn charcoal” I told Kim.  In my mind this was a huge disaster, I felt embarrassed because I thought everyone else would have been able to do it, and that there was something wrong with me.

The food ended up in the oven, and despite her best efforts, Kim could not drag me out of the depressed mood that I was in.

There is another example that happened on Tuesday where the car overheated, but I won’t go into that now; I think you get the idea……

As my example shows, a lot of the fear and anxiety we feel is down to pressure.  Some of it is external pressure, such as hitting targets at work, or getting delayed on the trains; however most of it is internal pressure, the pressure we put on ourselves to be, act or look a certain way.

We cannot control a lot of the external pressures (just ask those using Govia Northern Rail to commute), but we can control how much that pressure effects us, and the fears associated with it.  You may fear being fired if you are constantly late, even if it is not your fault, however if you have an understanding boss who says you can get into work when you can, then there is less reason to get stressed about a delayed or cancelled train; it is still frustrating but the fear that you may get fired will go.

We can control more of the inner pressures; remember the bucket with the tap at the top and the tap at bottom? We can control how much pressure we put ourselves under.  A lot of the fears arise because we feel we do not have a choice, and we feel trapped.  As soon as you realise you have a choice not to do something, the better you will feel.

I am someone who works well with images, so my therapist asked me to put an image to my fear; it started as a huge black blob.  She then asked me to change the image into something not so scary, and I managed to slowly turn it into a giant green rabbit, which as I became more confident shrank in size. 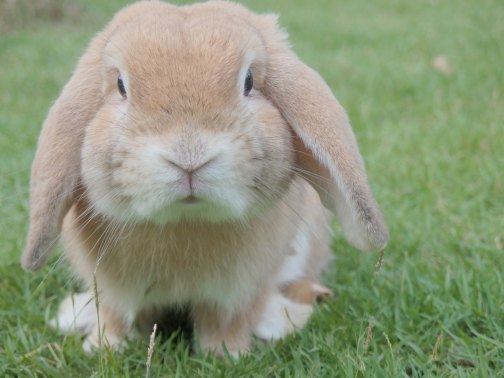 This exercise showed me that I could control my fears by putting an image to them, and then changing it to something less scary.  Believe me it is not as simple as it sounds, it takes a lot of practice, and I am still a novice.

Fears can be so powerful and overwhelming that you lose the ability to think straight, let alone to try and put an image to it and then change that image, but it is something I am going to persevere with.

Take the time to step back and see how much pressure you put on yourself; how much of that pressure can you genuinely release?  Try and ignore the excuses and really ask yourself, WHO IS IN CONTROL HERE??

I will go into self love and self compassion in future blogs, in the mean time try and release some of the fears.