The Amygdala is a tiny piece of the brain, but don’t let it’s size fool you, it is actually one of the biggest, most important pieces of the anxiety puzzle.

Located near the centre of the brain; it is the source of many of our emotional reactions, both positive and negative.

It also forms and recalls emotional memories; understanding this is key to making sense of your own emotional reactions.

The amygdala is divided into several sections, but the main ones that we need to focus on are THE LATERAL NUCLEUS and THE CENTRAL NUCLEUS.  Both of these play important roles in creating emotional responses, including fear and anxiety.

The lateral nucleus receives incoming messages from the senses.  It is constantly scanning your experiences, and is always at the ready to respond to any indications of danger.

This is where we really start to see how the anxiety we feel and the associated physical responses do not always make logical sense.

Below is a diagram that shows the two neural pathways to anxiety: 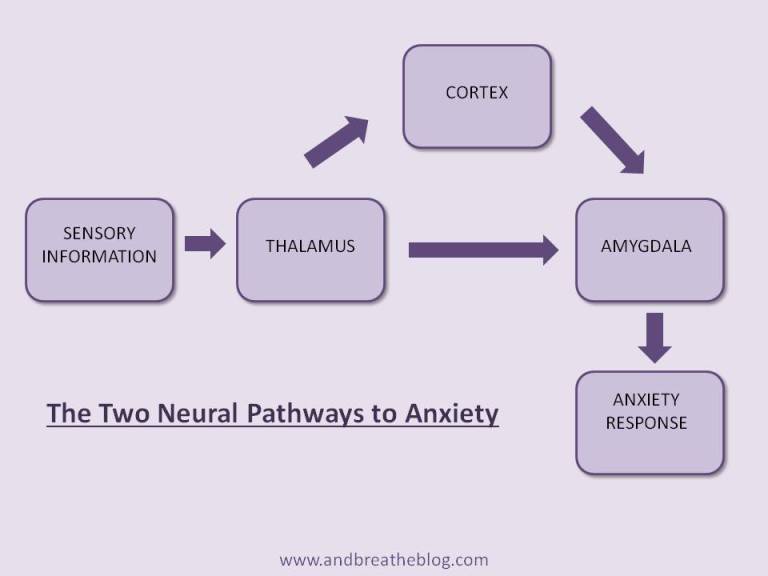 This is a small but powerful cluster of neurons which has connections with a number of highly influential structures in the brain, including the hypothalamus and the brain stem.  This means that the amygdala has a lot of influence over the body.

Here is how the amygdala reacts during a fear provoking situation:

The SNS is made up of neurons in the spinal cord which connect to nearly every organ system in the body.  This allows the SNS to influence dozens of responses from pupil dilation to heart rate.  The role of the SNS is to create the fight or flight response.

The hypothalamus controls the release of CORTISOL and ADRENALINE (hormones that prepare the body for immediate action) from adrenal glands located on the kidneys.

This hormone increases blood sugar levels, giving you energy you need to use your muscles.

This gives you an energetic feeling that heightens your senses, increases your heart rate and breathing, and can even keep you from feeling pain. 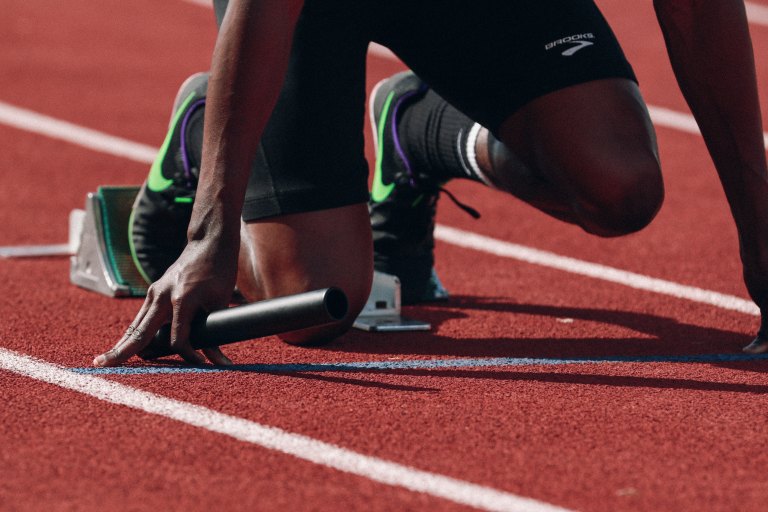 The amygdala is very powerful in initiating split-second physical reactions; this is partly down to its location in the central area of the brain.  It has immediate access to information from the senses and is well placed to influence the parts of the brain that can change essential bodily functions very quickly.

As mentioned above, the amygdala receives information from the thalamus before the cortex does, in fact, they run on a very different a timetable, which has its benefits, but also causes a lot of problems.

The quick reaction from the amygdala is called the fight or flight response (which we all know about), which is created in the central nucleus.

One of the physical responses to anxiety is a panic attack, and this is made by the amygdala, in an attempt to prepare the body for action.  Sometimes people can feel that they are having a heart attack when they panic, but knowing how the amygdala works can lay a lot of these worries to rest.

There is another response that the amygdala creates, and that is to FREEZE, or to become very still.  This is sometimes seen as a good defence, probably more so in prehistoric times when most creatures could out run us.

Whatever response occurs, it is the amygdala that is in control, you are just a passenger along for the ride.  It is not just the physical responses it can control, it can also override other brain processes; with this in mind it is not surprising that we sometimes do not feel in control.

The amygdala can also influence the cortex because it has more connections to the cortex than the cortex does to the amygdala; this explains why you can find it hard to think when you are feeling anxious.

By now it should be coming clearer why your anxiety does not always make sense, and why you can’t just reason the worries and fears away.  When the amygdala is in control there is no ‘pulling yourself together’ and you can’t ‘stop being stupid’, these are natural emotions and responses that you cannot control.

There is a lot more to learn about the amygdala, including learning its language; this is where we can start to try to take back some of the control.

Next time we will look at neurons and the circuits in the brain, which will help when we come to learn strategies that will allow us to rewire the brain.

Referenced: Rewire Your Anxious Brain – how to use the neuroscience of fear to end anxiety, panic & worry.  By Catherine M. Pittman, PhD & Elizabeth M. Karle, MLIS