Monday 6th May 2019 will forever be marked as one of the greatest days of my life; the day I completed the Milton Keynes Marathon!

All the books and articles about mental health that I have read say that exercise is great therapy; walking the dog worked, but I wanted more, I wanted to lose the Homer Simpson gut that too much alcohol had given me; I also wanted to achieve something, anything.

I started running short distances because that’s all I could manage, the problem was that I had no idea how far I was going, so I decided to get a running app on my phone called ‘Map My Run’.  The first recorded distance I achieved was 4.75k, which was a pretty good effort.

Motivation was a big problem for me, especially when the depression got bad; it’s easy to talk yourself out of things at the best of times, but when I hit rock bottom I just couldn’t scrape myself off the sofa.  I needed a goal, something that would get me out and running.

I believe that the universe guides you, and one day I was looking on Facebook and saw an advert for ‘Race At Your Pace’ an on-line organisation where you can challenge yourself to run, walk or cycle a certain distance (25 miles, 50 miles, 100 miles, etc… you get the idea.) during a month.  Now I haven’t really been great a gauging distance, so I signed up for 100 miles in October 2018, thinking it would be easyish….. 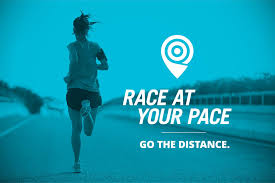 Success meant I would get a medal and a training top…. YES!  Effort equals reward and all that.

While it was bigger than I thought, this challenge was perfect because I could do it in my own time and by myself.  The fear of failure drove me to get out and run; it also helped push me to run that little bit further because I couldn’t finish a run when I was only 0.25 of a kilometre from the next whole kilometre.

As if this wasn’t enough to start with, I decided to set myself another running challenge, and that was to sign up for a race….

A search for local races resulted in a number of options and I chose an event at Hatfield House; I could either do a 10k or a half marathon.  I first contemplated the half marathon (see that whole measuring distance thing?), but Kim brought me back to reality and I settled for the 10k as a good place to start, and thank God I did!

The training for the 10k had its ups and downs; it’s fine going for a short run, but when you start doing longer distances it is not just your body you need to train; the mind can screw things up just as much.  The legs may feel fine but when the mind says enough is enough there is little you can do but stop, and that happened to me on more than one occasion. 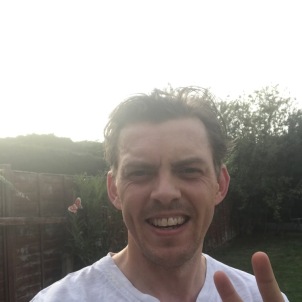 I don’t listen to music when I run, because I want to be present and enjoy the sights and sounds (I am lucky to live in the countryside); I love to hear the birds singing and see nature all around me, however the problem with long runs is that you soon lose focus on trees and fields and thoughts soon take over and before you know it you are thinking about the things you came to run away from.

Sometimes when I felt anxious I would go for a run, thinking that it would help, but boy was I wrong!  A number of times I had panic attacks whilst trying to run.  My mind would be raging away and that’s when my body would give up and go into a mild sort of paralysis (always on my left side for some reason). The worst thing was that this always seemed to happen when I was at the farthest point from home; I then had a long walk home which gave me plenty of time to beat myself up for failing at the run, and telling myself that signing up for the race was a stupid idea and I would never make it.

I had a lot of fears before the Hatfield House 10k because there were days when I felt great and others when I struggled to even run 2k.  I started to worry; what if the day of the race was a ‘bad day’?

On Race day I experienced a real mix of emotions, I felt anxious when Kim and I left home, and this got worse when I arrived at Hatfield House because everyone else looked like runners, and here was this idiot dressed in a Mind t-shirt and Quicksilver board shorts.  The fact it was pouring down with rain also didn’t help.  What the hell was I doing?

Thankfully the rain stopped just before the start and best of all I had Kim with me; she stayed by my side, holding my hand right up to the start line (for some reason she didn’t want to go further than that….).  Once I got running I felt alright, the course was beautiful; we had visited Hatfield House a few weeks before to scout out the park, so part of the course looked familiar which helped a lot.

When I was running I felt good, I didn’t worry about time, I just tried to go at a steady pace; I had worked on this during my training and I found my body seemed to remember the pace that it was comfortable at, so I went with it.  As the distance markers went by I felt even better, and picked up the pace as I headed for the finish line.  I had told a friend I was going to do a sprint finish, and I didn’t disappoint…. it felt awesome!

If you want to support my ‘Adventures of an Anxious Mind’ you can donate on my Just Giving page: